“The voice of the church and Christian state leaders was very powerful:” Arthur Simonyan on the World Summit 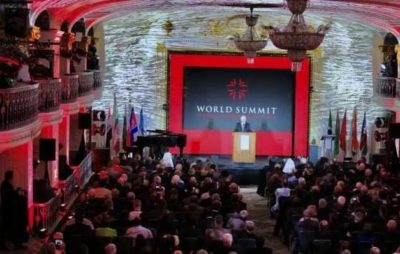 The World Summit in Defense of Persecuted Christians organized by Billy Graham’s Evangelistic Association is being held on these days, and senior pastor of Word of Life church of Armenia, Arthur Simonyan, is also taking part in it.

Pastor Arthur spoke about his impressions of the summit during an interview.

Pastor, how would you assess the significance, role and impact of the summit taking place in Washington?

A world summit of this kind dedicated to the defense of persecuted Christians is being held for the first time. Around one thousand participants from 150 countries of the world are present here: bishops and pastors of all main Christian churches and denominations, as well as influential state and political figures, specifically, vice president of the U.S., Mike Pence. 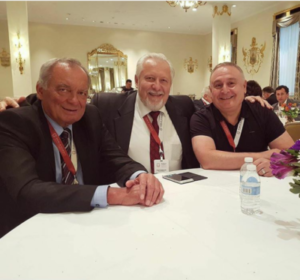 By the way, it is not an ecumenical meeting, but rather an international summit organized by Evangelicals, in which representatives of Roman Catholic, Russian and Greek Orthodox, as well as Protestant-Evangelical churches are taking part, and all of them are speaking for the sake of the defense of Christians. Such a framework of participants alone speaks of the status and power of this summit. It’s like the persecution of Christians has unified everyone.

Christ said, “You will be persecuted.” On the one hand, God’s word is coming true, on the other hand, we should not be asleep, but rather, we should wake up and defend one another. In this sense, this summit was a very necessary step: here the voice of Christ’s church, as well as the voice of Christian state leaders sounds in a powerful way in defense of persecuted Christians.

What were some of the important points made during the summit?

Certainly, all of the speeches, videos and prayers were very powerful. It was emphasized that Christianity is the most persecuted belief in today’s world. According to international data, more than 200 million Christians are subjected to persecutions and tortures for their belief. 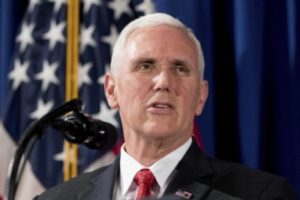 I liked U.S. vice president Mike Pence’s speech a lot. It was fascinating how he spoke for about 20 minutes without notes, just from the heart. First and foremost, he clearly announced that he and U.S. president Donald Trump are Christian. America had long waited for a president to announce that he is Christian.

Pence also mentioned that they are our brothers and stand next to us for the defense of all persecuted Christians of the world.

He boldly qualified the crimes of Islamic terrorists against Christians as genocide, and said that the time has come to call things by their real names. This point was raised on a state level for the first time, and we can say that this statement was the most serious assessment made in recent years on what is being done against Christians.

I also want to specially mention the speeches of the head of the Russian Orthodox Church delegation, metropolitan Ilarion, and member of Great Britain’s House of Lords, David Alton. In the context of today’s persecutions of Christians, metropolitan Ilarion brought up the Armenian Genocide of 1915 in the Ottoman Empire, and Lord Alton noted that Hitler would not decide to destroy a whole nation hadn’t the world ignored the Armenian Genocide. He mentioned the Genocide three times, connecting it to the persecution of Christians. 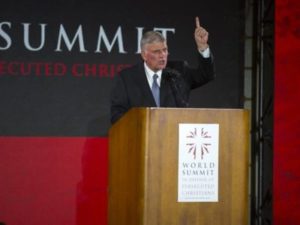 It is remarkable that each participant had to pick a bracelet out of a container on which one country where Christians are persecuted is mentioned, and that church has to pray for the given country. I picked out Syria.

Pastor, in your opinion, are enough steps being taken for the defense of Christians?

I consider this world summit a very serious step, firstly because so many spiritual leaders have gathered here, and secondly, because the defense of Christians is spoken about on a state level. 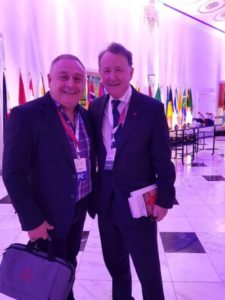 I need to mention that I was fascinated by the speeches of the pastors and servers who are persecuted in their countries. They were not at all filled with revenge towards terrorists; rather, they were mostly speaking of their weapon being love and forgiveness.

They were saying that, with their persecutions, the Islamist groups have made Christians more unified. They are thinking of ways to bring salvation to those terrorists and their families through love and preaching of the Gospel.

Their words were truly powerful: “The terrorists destroyed our homes; we all gathered to live in one place. They destroyed ten churches, we created one church.”

So, all that is happening in Washington these days is very important and influential, and I believe that it will have great results.

Of course we should not be so naïve as to think that persecutions of Christians will stop; however, it is really positive that the necessity to defend Christianity is being announced in such a scale.